I just watched this video of Matt Damon talking about his time at Harvard. He chats about his lifelong desire to be an actor and how a simple assignment eventually turned into the screenplay for “Good Will Hunting”.

Did you watch the video?

What I love about Damon’s story is how he respectfully broke the rules. He didn’t follow the assignment’s guidelines to write a one act play. Instead, he handed in act one of a three act movie.

Damon wasn’t rebelling against his teacher. In fact, he held the teacher in great esteem and apologized when he handed in the assignment.

He broke the rules because he followed his instincts, not because he was trying to be unique or trendy.

The rules told him to write a play. But his idea was better served by a movie.

He had the courage to potentially disappoint his favorite teacher and flunk out of what was likely his favorite class at Harvard.

Instead, he created an Academy-winning screenplay that launched his journey into stardom. His lifelong dream was fulfilled by respectfully breaking the rules.

Go forth and break the rules respectfully and with conviction.

Josh Sturgeon
Josh Sturgeon is the editor of TrenchWorthy and founder of the content marketing platform Ripenn. His work has appeared in Entrepreneur, Wired, and SocialMediaToday. He loves startups, surfing and meeting creative people who reject the status quo. 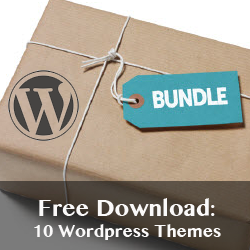